When you push a button on one of your remote controls at home, a short burst of infrared light is emitted from it (normally from the top at the front of the remote). This short burst of light contains information about the button you have pushed. When this light reaches your source device (sky box, Apple TV etc) it is interpreted and the function of the button you have pushed (stop, play, pause etc) will be performed.

This type of control is “line of sight”. You have to point your remote control at the item you want to control (normally a source device like a sky box). It cannot pass through cupboard doors, through walls etc.

When your source device isn’t in “line of sight” you can use an IR passback system to take the bursts of light from your remote control from one place to another.

This passback of control is normally from where you sit to watch TV, to where the device you want to control is kept.

It’s called passback, because remote control commands are passed back to the device you want to control. A basic system has three parts, something to receive the bursts of light and interpret them, something to then repeat the burst of light out in front of the device to be controlled and the thing in the middle that connects these two.

For example, our IR over HDMI kits contain an infrared receiver, an infrared transmitter and they use a HDMI lead to connect the two. 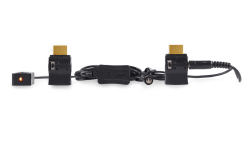 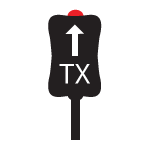 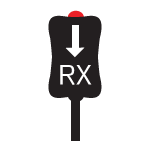 The Receiver is placed somewhere in line of sight of where you sit to watch TV. Usually attached to the side of your TV because that’s where you naturally point your remote controls. 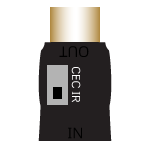 You will receive a dongle with our IR over HDMI kits and our HDMI Matrices with IR passback. Dongles are either plugged in-between the HDMI port and HDMI cable on the rear of your source device or rear of your TV in the HDMI socket that you. Which will depend on the product you have. The switch on the top dongle should always be set to “IR” NOT “CEC”.

When using a HDMI device with IR passback, the CEC feature on your TV needs to be switch off. This can be called one of many things by different manufacturers. Samsung call it Anynet, Panasonic call it Vieralink and Sony call is Bravialink. You will need to refer to your source and TV manuals to find the setting.

It is always worth having fresh batteries or fully charging remotes when using them over an IR passback system. Repeating the signal over long distances sometimes needs a more powerful burst of light than a set of flat batteries will give out of a remote control. From our experience, this affects Sky remote controls the most.

This entry was posted in Help with IR (infra-red) control and tagged IR Help, IR over HDMI, Troubleshooting. Bookmark the permalink.