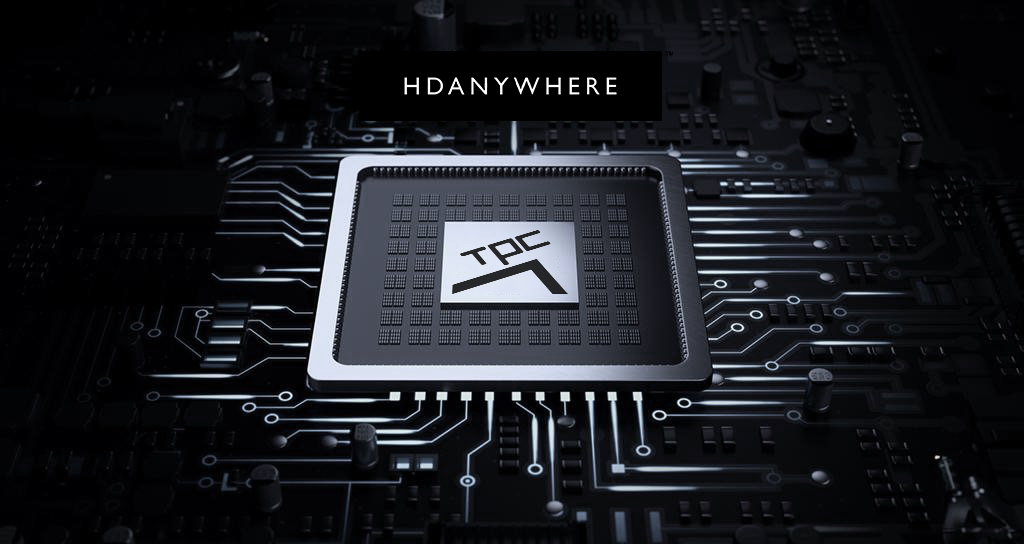 TPC stands for Tipping Point Compression. It’s a new technology for sending 4K HDR content over Cat cabling and is a feature of some of HDANYWHERE’s latest MHUB and XTND products.

Why is TPC needed?

Good to know! Most content does not hit the 18G level.

4K 24/30 4:4:4 12-bit Dolby Vision = 13.37Gbps is not supported. However, no content is known. HFR devices – global 4K set-top-boxes (such as SkyQ) are forcing 50 or 60fps with 10-bit. Other devices such as AppleTV and Kaleidescape as a minimum use 60fps on their guide/menu screens for a fluid navigation experience.

For example, SkyQ silver box uses 50fps 4:2:0 and has an option for 10-bit, pushing the data-rate to 11.14Gbps, so TPC becomes active to apply compression reducing the content data-rate to below 9GB again. AppleTV’s optimal settings is to have the home navigation screen running at 50fps, 4:2:2 with 10-bit HDR (17.82 Gbps). Again, this is when TPC applies compression to achieve transmission over Cat cable.

So, what are the trade-offs?

HFR 50/60fps Dolby Vision or HDR10+ is not supported, and currently, there is no content.

If you are worried about compression and would like to avoid it, use only the HDMI I/O ports only on any MHUB. TPC is a technology only applicable to HDMI-to-Cat transmission, it can be totally avoided when using the HDMI-to-HDMI I/O.